local and state levels. He began his involvement as an assistant coach with the

treasurer for many years. He also served at the association’s scheduler and

registrar. In 1975, he received the Joseph J. Scanlon award for his contributions

In 1980, he was elected as vice-president of the New York State Amateur

Hockey Association (NYSAHA) Central Section, and served in that capacity for

many years. He was later named as the association’s State Tournament Director,

and oversaw more than 80 sectional and state tournaments annually. At the

conclusion of his service to the NYSAHA, he was named as an emeritus member

of that board. In 1992, he received the NYSAHA Peter Rush Award for his

named in his honor, to the winner of the state youth hockey championships at

In 2008, he traveled to Colorado to receive USA Hockey’s prestigious William

Thayer Tutt award, which is presented to an individual who has displayed a

selfless dedication to the enhancement of youth hockey in America 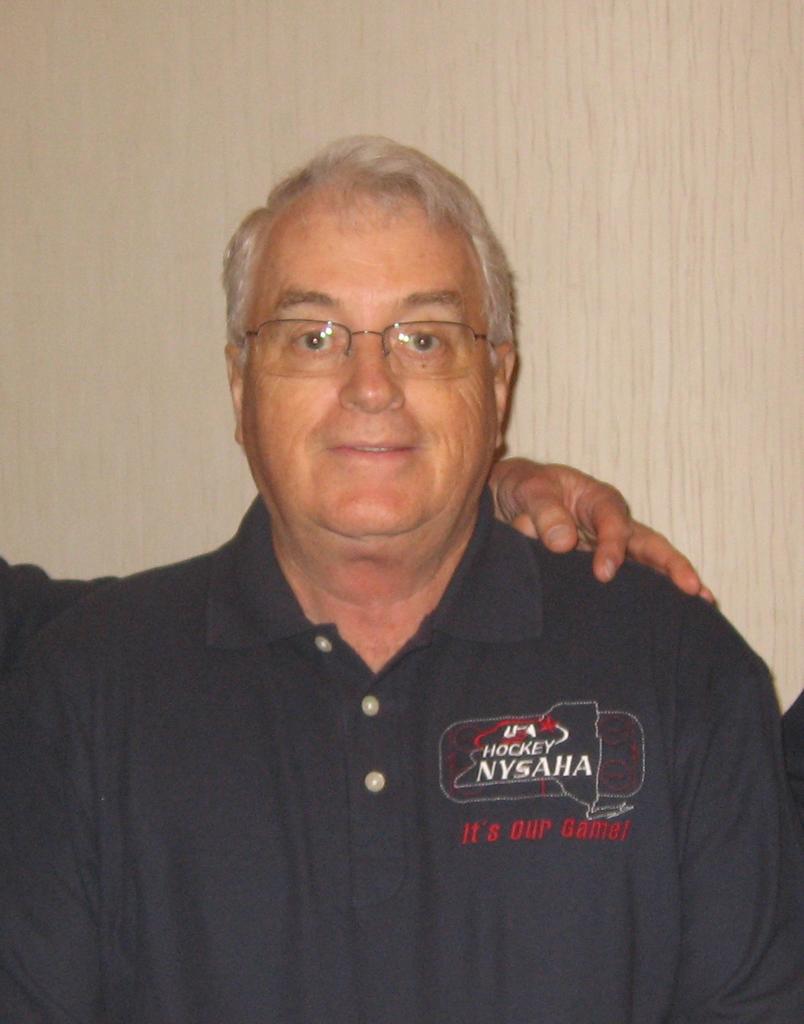