At the age of five, Dave Tretowicz was playing hockey in the Mid-State Youth Hockey program. By the time he arrived at Liverpool High School, he was among the elite skaters in Central New York.

Tretowicz attended Clarkson University and was an integral part of the program that went to two NCAA playoffs and captured the ECAC championship. His honors at Clarkson included the ECAC all-rookie team his freshman year of 1987-88. During his four-year career at Clarkson, Tretowicz was the team captain, named an ECAC first team all-star, led his squad to a school record 29 wins in 1990-91, was selected to the NCAA all-tournament team in 1990-91 and named to the Syracuse Invitational Tournament all-tournament team. He majored in Engineering and Management and graduated in 1991.

In 1991, he played defense for the USA National Team in the World Championship held in Finland, and in 1991-92, played for Team USA on its pre-Olympic tour. In 1992, he was named to the USA Olympic Hockey Team, the first Central New Yorker to compete in the Olympic Games in hockey. At the Albertville Olympics, Team USA skated to a 4-2-1 record.

Tretowicz served the NYSAHA as an Athlete Director to USA Hockey.  He completed his hockey career in 1994 with the LA Kings organization. 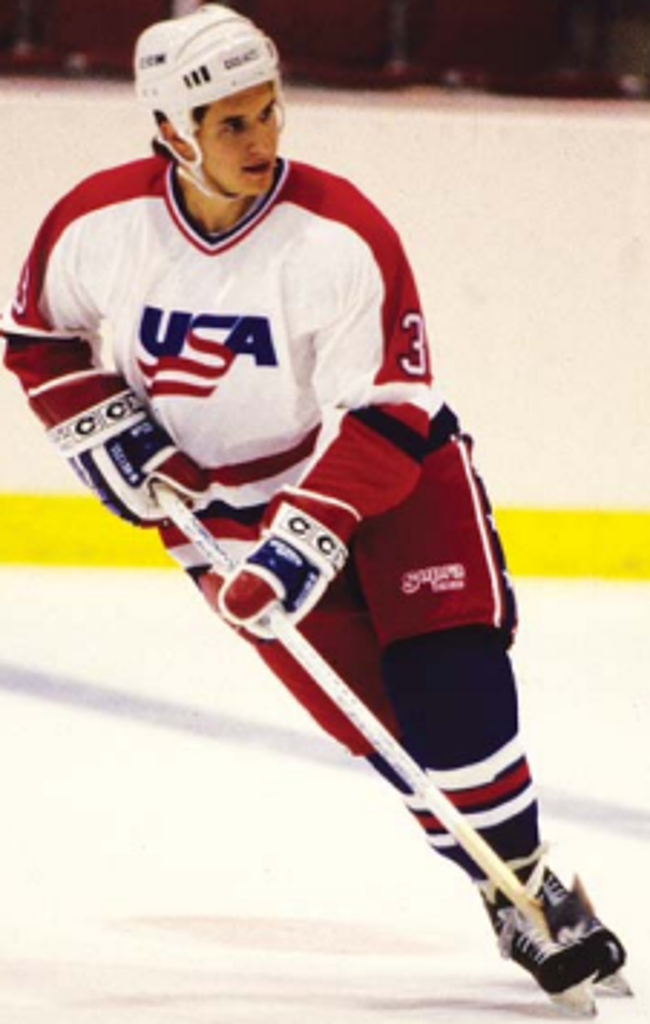